As well as sharing information and updates from the Walled Garden, each week we will also share a snippet of life from the wider estate. Colebrooke Estate stretches over 1000 acres and encompasses a variety of different environments including ancient woodland, grasslands, pine forests and the winding Colebrooke river. 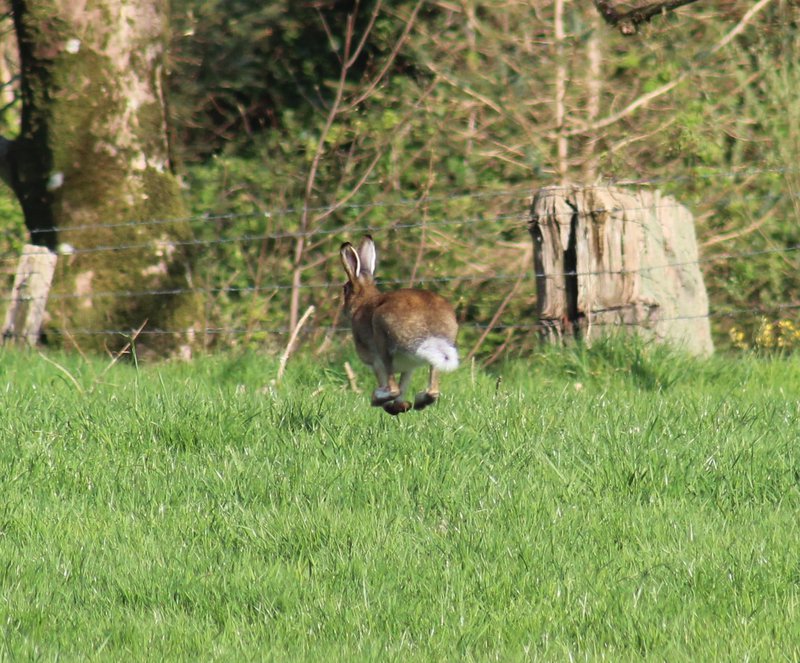 The sun over the last couple of weeks has well and truly emphasised the fact that spring is here, and everything in nature is starting to move and shake again. None more so than the spring lambs who can be seen galivanting around their fields, mostly to the disgust of a large hare who was trying to gaze peacefully, when I was taking these photos. Hare’s are noticeably larger than rabbits and have black tips on their ears. Unlike rabbits, hares live on the ground, rather than in burrows. They rear their young, known as leverets, in shallow depressions in the ground known as ‘forms’. They are rare to see and according to The Wildlife Trust in recent years their numbers have been declining due to loss of habitat.

I always feel privileged when I stumble across one. 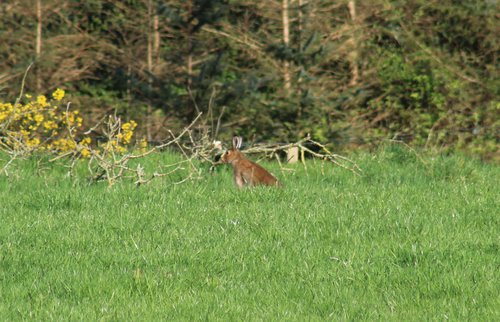 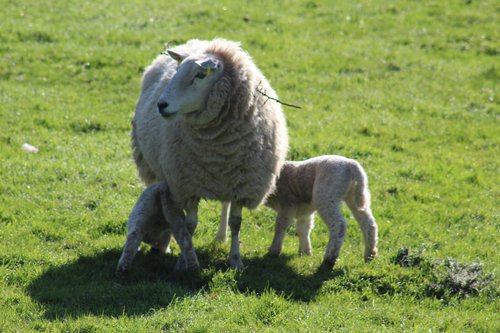 Last summer in the garden at Colebrooke, a number of leverets appeared, as they are not burrowing mammals leverets do not ‘run away’ but rather hunker down hoping not to be detected by predators. As they view humans as predators it is important not to pick them up or move them, so they where left to the peace and quiet of the garden during this time.