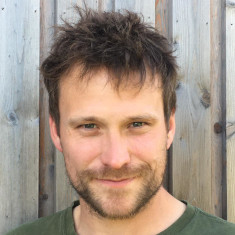 Finally, some rain! I know it sounds bad, but the soil really needed it. The ground was getting so dry it was dusty, which is very unlike Fermanagh!

Potatoes are just beginning to pop up, but some of them got a shock when they were nipped by a light frost one morning. A real lesson not to put them in too early and wait until the start of April, rather than the tradition of putting them in on St Patrick’s Day. They tend to recover after this and earthing them up will protect them from any frosts in the near future. 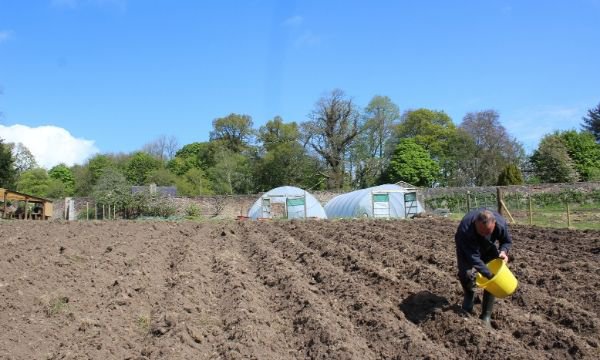 We are right at the start of the growing season, and we are potting on our Brussels sprouts, which won’t be ready until just before Christmas. It’s funny to be thinking about your Christmas dinner at the end of April! The end of April is also an exciting time in a forager’s diary as it sees the arrival of the year’s first edible wild mushroom, the St George’s mushroom, and the rain that we had was just at the right time to bring them out.Boris (my dog) and I will now be out hunting the fields and hedgerows of Colebrooke looking for these. We had a great day with our garden group last year, hunting the fields for mushrooms.

It started to get pretty competitive hunting for them once we found the first few, and we ended up with a full basket. Mushroom soup and sourdough bread was to follow. 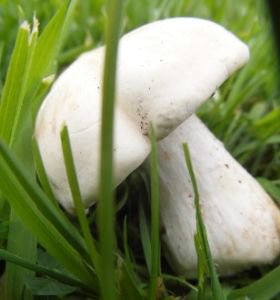 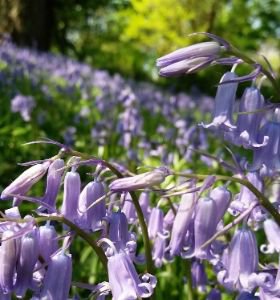 On Wednesday Colin and I were enjoying a cup of tea in the garden when right under our noses a peregrine falcon dived into the rhubarb patch with its talons outstretched, on the hunt. We were like a couple of kids smiling ear to ear! The wildlife here is incredible. Seeing wildlife up close makes me appreciate having a job outside. There is a resident woodpecker whose drumming can be heard most mornings. Woodpeckers are very easy to hear but very hard to spot! Many swallows are now circling the garden and according to Lady Brookeborough, who keeps a diary of this each year, they arrived on the 6th of April. There are so many natural highlights in spring and I’ve not even mentioned the bluebells along the veterans walk! Have a good week everyone and hope you get some good time outside.