Since 1998, when the Bluebell became a protected species, it is illegal to pick, uproot or remove Bluebells in the wild.

Bluebells appear throughout April and May. The Bluebells found in the woodland in Colebrooke are only starting to appear now (beginning of May.) Their bloom will last for approximately three weeks.

Not all Bluebells are blue, they can also come in white and even pink varieties. 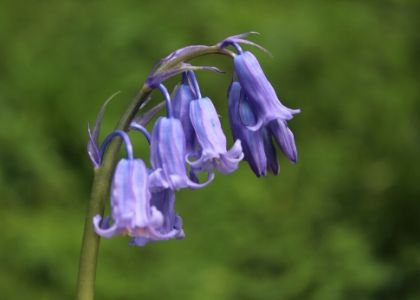 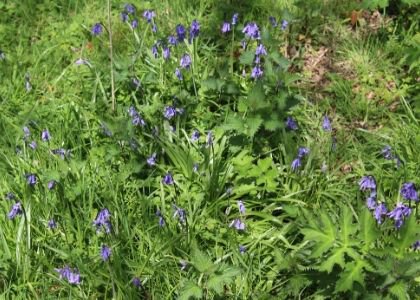 Bluebells are poisonous to humans and animals, including dogs, horses and cattle.

Bluebells, also referred to as Cuckoo’s Boots, Wood Hyacinth, Lady’s Nightcap and Witches’ Thimbles, where classified by the Swedish botanist Carl Linnaeus in 1753, he called them Hyacinthoides non-scripta.

Bluebells grow in colonies which take between 5 and 7 years to become established. They can then spread rapidly across the forest floor. However, they are prone to damage, as if their leaves are crushed i.e. by someone walking on them, the entire plant will die back. 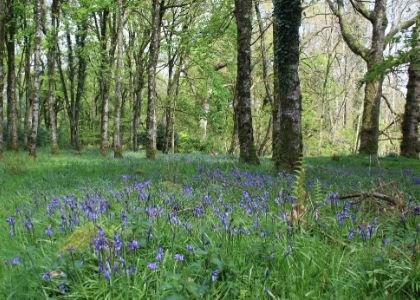 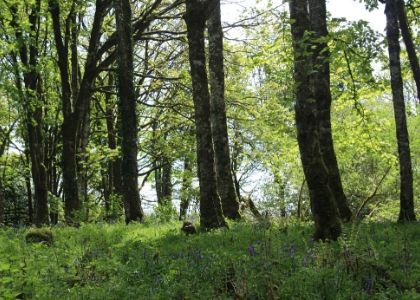 Bluebells, whilst common in Great Britain, are relatively rare in the rest of the world. It is thought over half of all the Bluebells in the world are found in the UK and Ireland.

In 2019 a spring poll by the botanical charity Plantlife, found Bluebells to be England’s favourite wildflower. Here in Northern Ireland the Primrose, beats the Bluebell to the number one spot.